Today, we’re off to the Neighborhood Restaurant and Bakery to chat with owner Sheila Borges Foley. She’ll tell us about the restaurant’s history and popular menu items like cream of wheat, which has garnered a cult following in the square.

There was no escaping the restaurant business for Sheila; it’s in her blood. Her father, Manuel Borges, practically grew up in a kitchen on the island of Santa Maria in the Azores—working his way up from busboy to chef in various restaurants. Years later,  Manuel and his wife moved to the States. They started a family in Newark, New Jersey, and then moved to Somerville in 1980, where they have been stirring up the Union Square restaurant scene ever since. They bought the property that the Neighborhood now occupies on 25 Bow Street; the family still lives upstairs.

“I live on the third floor of this building,” Sheila says while pointing up from the leafy patio. “My mom is on the first floor, and my brother is on the second floor.”

There was already a storefront bakery in the Bow Street property when they bought it, yet the Borges family had bigger plans. Manuel and his son Mario dug up the basement to make a kitchen. And soon, the ever-friendly and gregarious Mario started making eggs, coffee and homemade juices for customers, in addition to selling Portuguese sweet breads.  Sheila recalls, “People around the square still remember his juices; they were exotic – like passion fruit juice and juice made from guarana.”  To this day, customers can find similar exotic juices at Neighborhood, like papaya, mango, guarana and Sumolo (Portuguese orange juice).

In 1990, at age 20, Sheila joined the family business. Now, over twenty years later, she is the owner of the restaurant, which is still very much a family affair. Sheila tells us that her father, age 90, continues to dress in his whites and help in the kitchen every day. “He still makes his jellies and meat cakes,” she pauses then adds proudly, “his generation is an amazing one, so much dedication.”

Sheila’s parents only speak Portuguese. Yet Sheila is reminded of her Portuguese heritage in many other ways, too—through passed-down Azorean recipes that the restaurant serves daily. When asked which breakfast dishes are the most popular, Sheila immediately says: “cream of wheat.” She then reminisces, “We called it papage. My dad made it for us every morning. It was a staple in my family.”

The Neighborhood’s cream of wheat follows the Borges’ family recipe and comes as a gratis “appetizer” before breakfast meals.  After one taste of this creamy comfort food—with its hints of lemon and cinnamon—I realize that papage needs to become a staple in my life as well. Apparently I am not alone.  A mother and son on the Neighborhood patio told me that they adore this singular version of cream of wheat and come all the way from Revere to enjoy it.

As I glance around at other customers’ breakfast plates, I spy fresh slices of watermelon (different types of fresh fruit is served every morning), hearty omelets and plates full of various types of Portuguese sweet breads. Next time you’re “in the neighborhood,” try the exotic French toast: thick cut Portuguese bread topped with papaya, banana and coconut flakes. Yum.

If you are not a morning person, fear not, the Neighborhood also serves up lunch. Sit on the patio, and shade yourself from the sun under the lattices of concord grapes that dangle over your head. The grapes you see are the same ones you’ll taste in Neighborhood’s homemade Portuguese wine!  If you decide to sample this wine, we suggest pairing it with traditional Portuguese linguica, which comes with a choice of peppers and onions or Fava beans. To satisfy a seafood craving and learn a bit of Portuguese at the same time, peruse the menu’s many seafood plates (Portuguese translations underneath). How about Bacalhau Assado, broiled codfish?  Or, if its seasonal, treat yourself to Lagosta em Salsa Verde, lobster in parsley sauce. However you say it, in Portuguese or English, you can’t deny the fact that the Neighborhood’s food is saboroso, or rather, delicious. The brunch throngs on the weekend prove it! 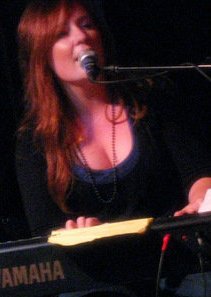 A Guide to Live Music in Union Square 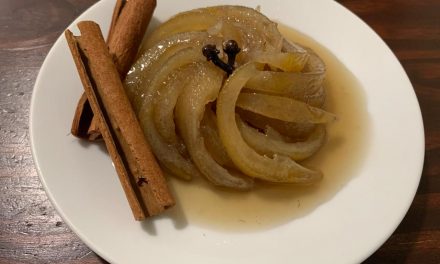