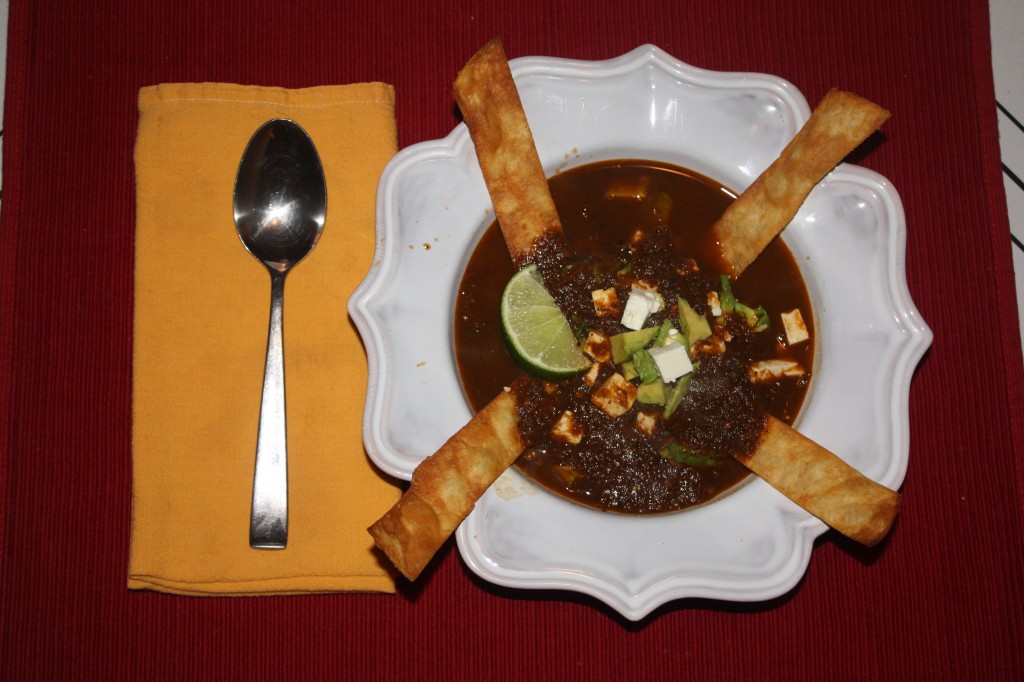 We often share this recipe on ArtsUnion Market Tours because many of the ingredients are available at La Internacional (318 Somerville Ave.). It’s pretty easy to make—and delicious! Also known as Aztec Soup or Tortilla Soup, Sopa Azteca is a staple of Mexican cuisine. The recipe varies slightly by region. in Guanajuato State, they use guajillo peppers; in Oaxaca State, they use pasilla peppers. Epazote is an herb that was used by the Aztecs and is still common in Mexican cuisine. If they’re out of it at La Internacional, the soup still tastes great without it. This recipe was adapted from several different online recipes and carefully tweaked in the Arts Council test kitchen. If you make adjustments or have suggestions, let us know!

Optional: garnish with Mexican crema and a lime wedge.