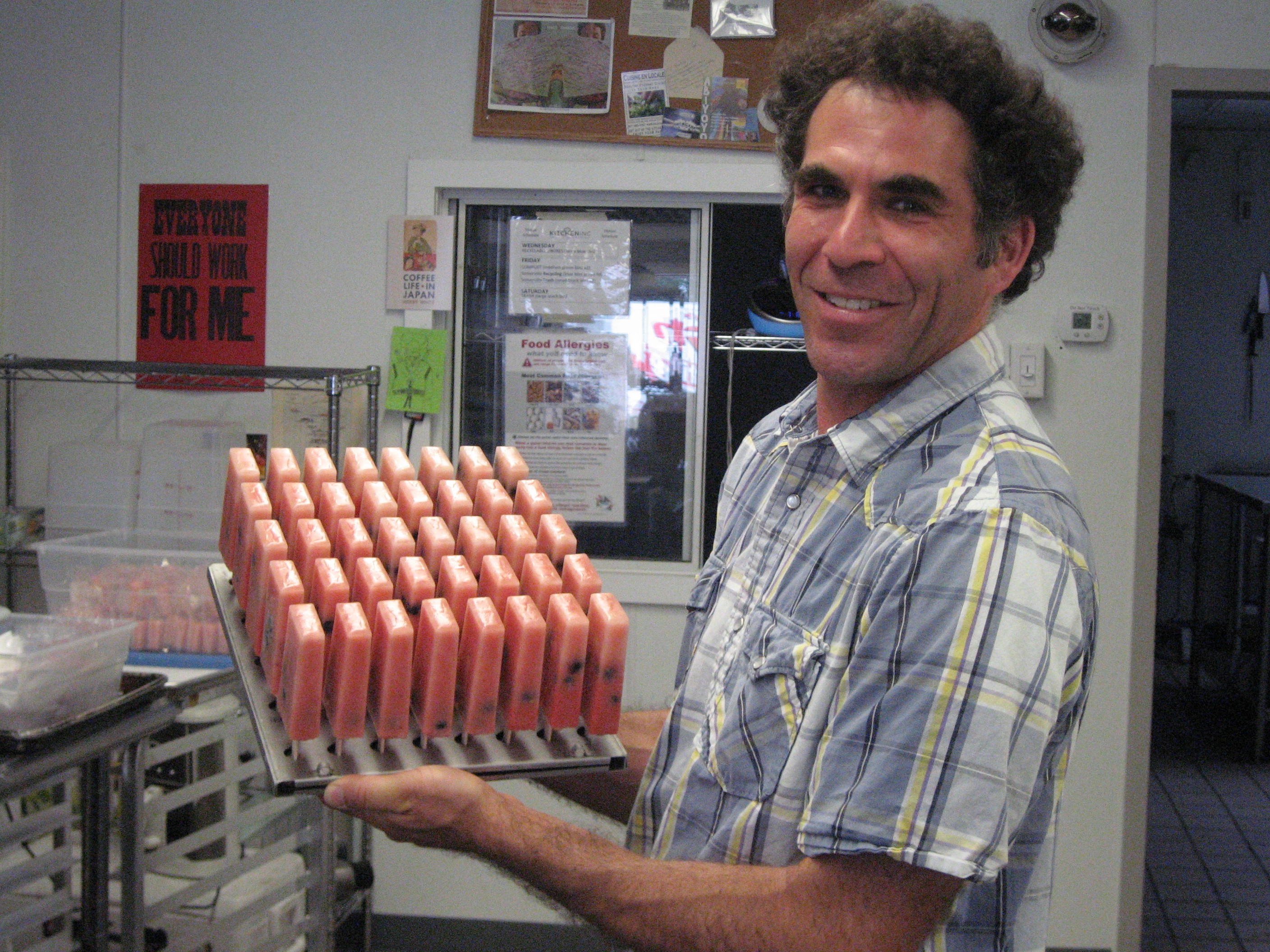 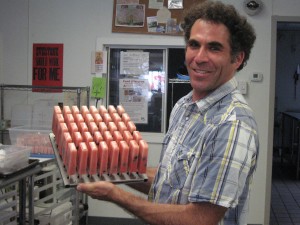 The other day, I got to meet Josh Danoff, founder of Culinary Cruisers, an outfit that delivers various food products via bikes. This pedal-powered foodie start-up is located at Kitchen Inc, the shared commercial kitchen located on Somerville Ave, just outside Union Square. Greeting me with an ample smile and slightly crazy hair, Danoff shared with me his story about Ocean Ave Pops—just one of the quirky and delicious products Danoff delivers through Culinary Cruisers.

It all started in 2010, when siblings Josh, Leah and Noah and family friend Jennifer Johnsrud were thinking about opening their own food truck. While researching ideas, they realized that in many other places—such as Portland, OR or South America—people were using bikes for food delivery. They latched on to the idea. “It was the perfect combination of different worlds,” Josh recalls. “You had the green aspect and pedal power with a throwback—think of the good humor ice cream bikes of the 40s and 50s. But we wanted to pair this old world, nostalgic feeling with products or flavor that people had never had before.” 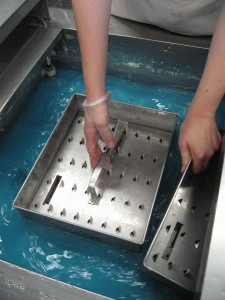 Thus the idea for a distribution system was born: bringing the locally-sourced innovative food products to places they hadn’t reached yet, with bikes. Yet what would the products be? Why popsicles of course!

Fab New Flavors
“Pops are really popular in Ashville, NC or New York City but they weren’t here yet,” says Dannoff.” This was a great opportunity to introduce them to new people.” He initially tried to source them locally but could not find anyone making them. So last winter, he partnered with Mike Fuller, owner of Kitchen Inc, to have a commercial kitchen space and and started trying different flavors: “It’s the Wild West, there are no rules when it comes to flavors. We are now thinking of making pops with avocado or Grillo’s pickles.” Over the summer, flavors like watermelon-blueberry-basil and ginger-grapefruit-mint were big hits.

This weekend, pop enthusiasts can head to the Fluff Festival to sample two special fluff-themed pops. One is called the “Lickety Split” and features banana, chocolate, cherries, locally produced peanut butter and, of course, fluff! The second one, called “Hop on Pop” features a hop-brewed tea, orange, fluff and some Jack d’Or wort (beer before it has fermented), courtesy of local beer makers Pretty Things. It’s clear that Danoff and his crew have a lot of fun inventing these new concoctions in their pop lab. “We’re changing the game!” says Danoff with irresistible enthusiasm.

Thinking Local
Most of the produce Ocean Ave Pops uses is local. Groundworks Somerville provides mint and basil, Hilltop Farm blueberries and Kimball Farm, peaches and nectarines. Dannoff created all these micro-partnerships after meeting folks from these organizations/farms at different Farmers’ markets. He tells us he’s always looking to form new partnerships. 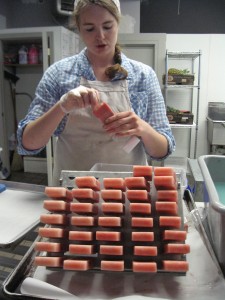 Throughout the fall, you can find Ocean Ave Pops every day of the week at Farmers’ Markets around the Boston area, including the Union Square Farmers’ Market every Saturday. Danoff is confident people will be licking his popsicles into fall and winter. Look for new seasonal flavors at the Armory’s Winter Farmers Market.

The name, Ocean Ave Pops, is an homage to Josh’s dad, who was born and raised on Ocean Ave, Brooklyn. Later, the Danoff family moved to Western Massachusetts where Josh’s dad ran a health store in the 60s and 70s. Josh reports that his dad’s love of good local food has played a substantial role in inspiring his business.

Culinary Cruisers is not just limited to pops, however. The outfit also distributes Katalyst Kombucha as well as Spindrift Sodas.

Josh, who lives near Davis Square, loves being a Somervillian : “Last year I was a guest vendor at Union Square farmers’ market and I loved it ; it’s one of the best markets. It is busy and it feels really nice to be a Somerville-based business selling to the locals. People recognize you, you get to know them, and they’re really supportive.” 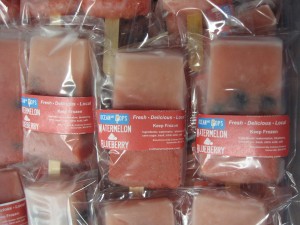 An All-Season Business
When he’s not working at a farmers’ market or dealing with the day-to-day of being a business owner, Danoff says his new challenge is reminding people that popsicles are versatile and aren’t just for hot summer days. “For example, we just did a corporate event to celebrate a company’s 10th anniversary,” says Danoff. “We customized the sticks with a message,” Josh explains. “To find where the after party was, guests had to eat their pop and the address was written on the stick. People loved the pops so much, they now have them at their office all the time.”

Danoff has countless flavor ideas to lure customers in the colder months. For starters, he mentions fall and winter pops featuring ingredients like sweet potato, apple cider, pumpkin and peppermint patties. Mmmmm, we can’t wait for it to get cold. 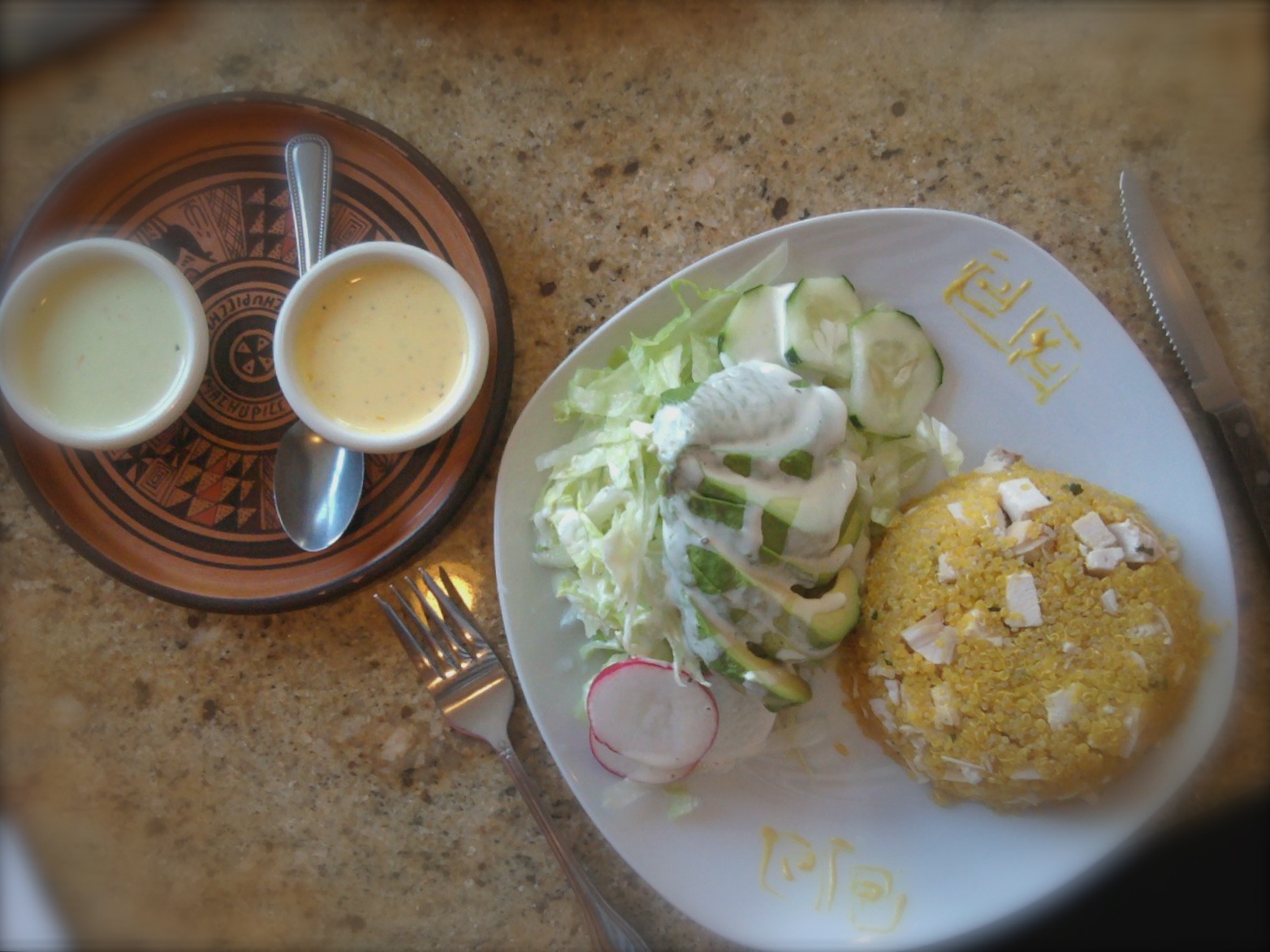 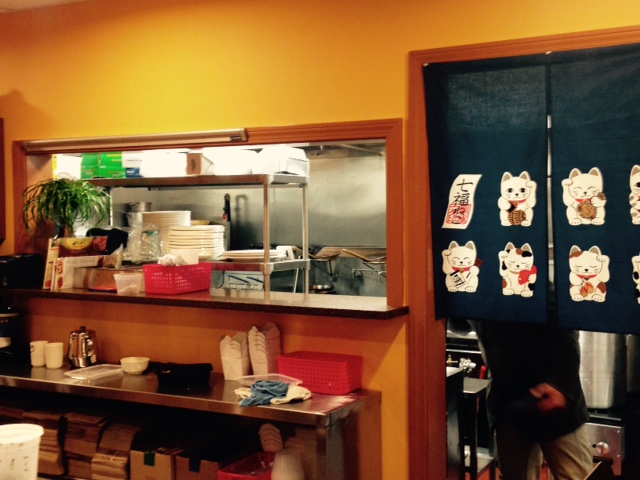 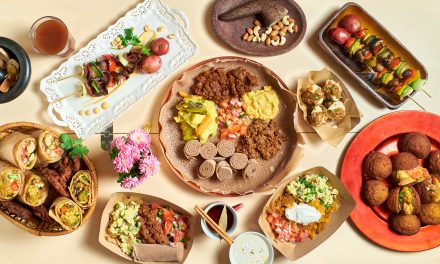 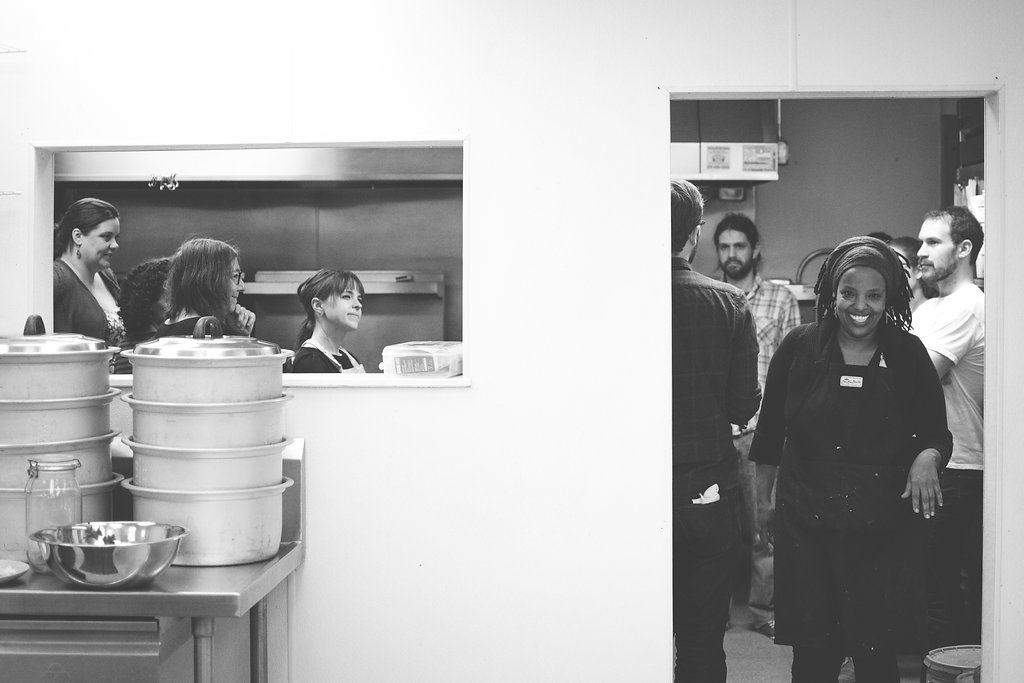