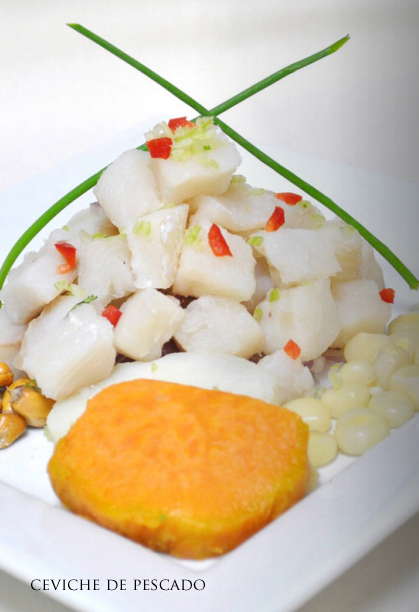 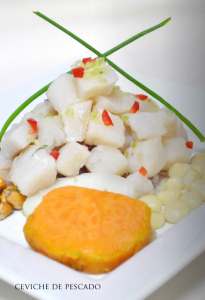 1. Go on a Friday night when you will catch live Andean music.

2. Consider Causa Limeña as an appetizer and Ceviche as an entre. We sampled these recently on a tasting tour and they were scrumptious.  Browse full menu here to rev up your taste buds.

3. If you do order ceviche…. When the fish is gone, follow Peruvian tradition and drink the left over leche de tigre or “tiger’s milk”). This spicy sauce is believed to be an aphrodisiac, hangover cure and all-round stimulant. Drink every last drop and feel like a randy tiger.

Back again, serving up another helping of Union Square culinary culture. Last time you heard from me I was at the Neighborhood Restaurant raving about their cream of wheat. Since then, I have ambled over to Machu Picchu Restaurant Turistico (307 Somerville Ave.) to chat with owner Rosy Cerna. 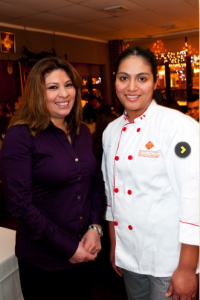 Rosy (on left in photo) moved to Somerville from Lima, Peru in 1995, and immediately entered the culinary business. She worked at a couple of places before landing in Union Square where she first managed a Mexican restaurant at 25 Union Square. Rosy chuckled as she recalls, “I served Mexican food for a year, but then I changed it to a Peruvian restaurant, to do what I know.”  And Rosy sure knows how to cook the broad range of Peru’s gastronomy. She adds her own personal touch to traditional recipes that have influences from the many immigrant groups of Peru — Spain, China, Italy, West Africa, and Japan.

Machu Picchu’s menu reflects the diversity of Peru’s culinary culture because Rosy incorporates dishes from all over the country. With 25 states and about 30 traditional dishes for each state, that is a lot to choose from! Rosy told me about the three distinct regions of Peru, the mountains, jungle and the coast, and how each region prepares dishes differently. For instance, people of the mountains slowly cook their meat in a hole in the ground on a bed of hot stones. This method is known as pachamanca. The jungle, on the other hand, is known for its fried yucca, which is found at both Machu Picchu establishments.

The national dish of Peru, ceviche, comes from Rosy’s native state, Lima. It is a coastal dish made with fresh raw fish marinated in citrus juices and spiced with chili peppers. Rosy marinates her ceviche in lime juice, and serves it with sweet potatoes, toasted corn, and boiled corn kernels and rocoto pepper (a hot spicy chili of Peru). Let your server know if you want it mild or red hot. There are several different ceviche options on the menu. Rosy’s favorite? Tilapia. 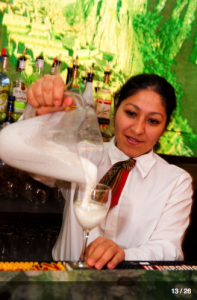 When I ask what sort of beverage accompany a Peruvian dish like ceviche, Rosy’s quick response is a Pisco Sour. The national drink of Peru, this cocktail is made with Pisco (a colorless grape brandy created by the Spaniards in Peru during the 16th century), lime juice, simple syrup, an egg white and a dash of bitters. Machu Picchu spruces up the national drink by offering varieties like passion fruit and mango. Yum.

If you are interested in making your own Pisco Sour, you can find the ingredients (with the exception of the egg) right next door at Jerry’s Liquors (329 Somerville Ave.) Another Peruvian native and Union Square resident, Silvia de la Sota, demonstrates how to make a Pisco Sour in this Nibble video.

While listening to Rosy, I took a glance around the restaurant and take in the large photos of Peruvian vistas and Peruvian folk art. In keeping with Rosy’s eagerness to share her culture with the community, there are descriptions of the works on the walls. Rosy also incorporates her heritage through her menu. You can find cultural tidbits scattered throughout the menu with translations, descriptions of ingredients, and other fun facts about Peru. I will leave you with some tantalizing teasers:

Choclo Peruano: A classic food of the Andes—Peruvian corn served with queso fresco

Caldo de Gallina: According to Peruvian belief this hen soup with noodles and egg restores energy and vitality

Carapulcra: this ancient dish of dried potato and chicken stew, served with boiled yucca or rice is traditionally served on special occasions in Peru

Quinua Andina: Quinoa, a versatile, nutritious and tasty grain of Peru known as “the gold of the Incas” 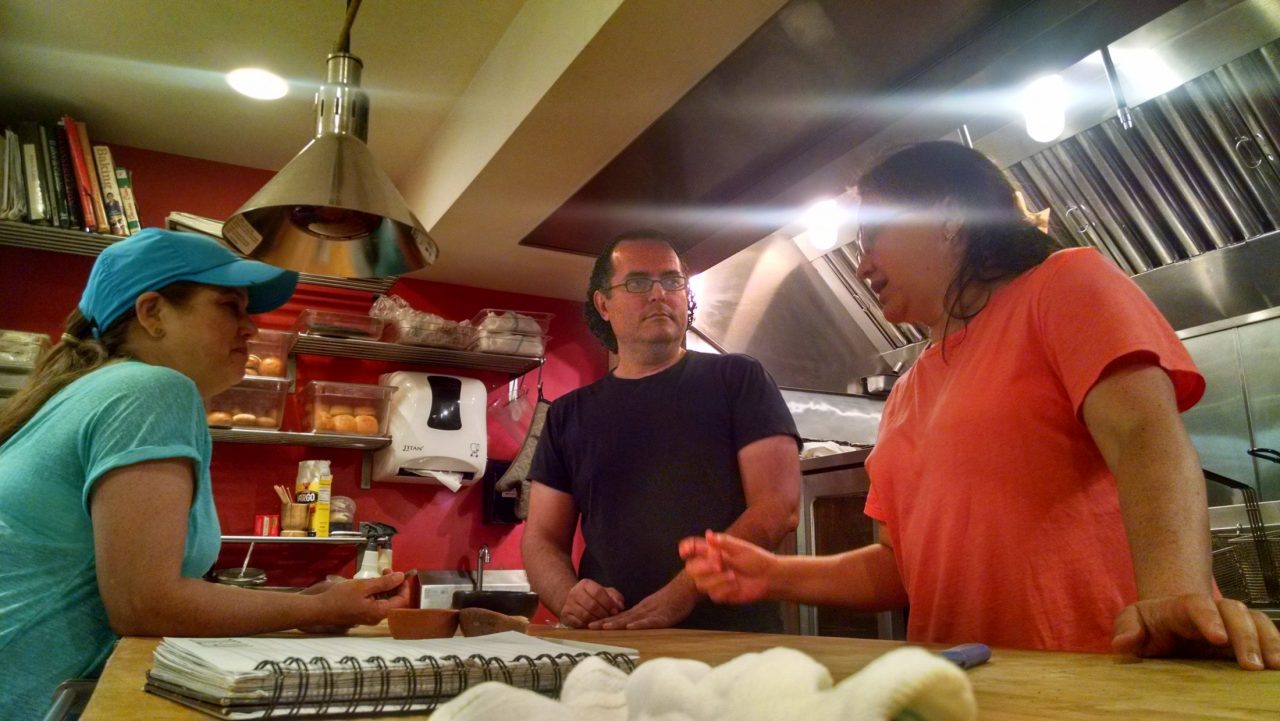 A Mentor Among Us: Chef Alberto Cabre 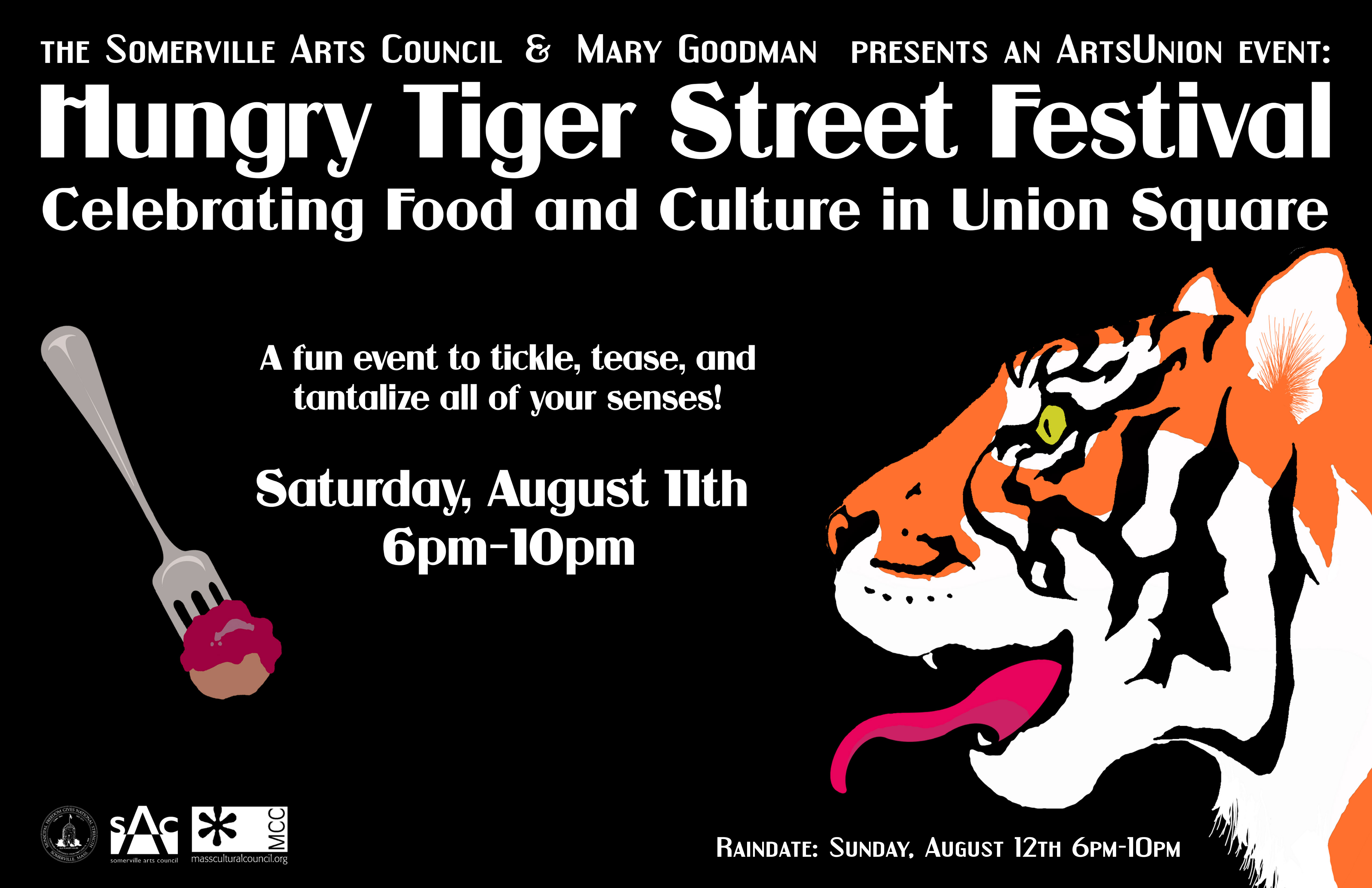 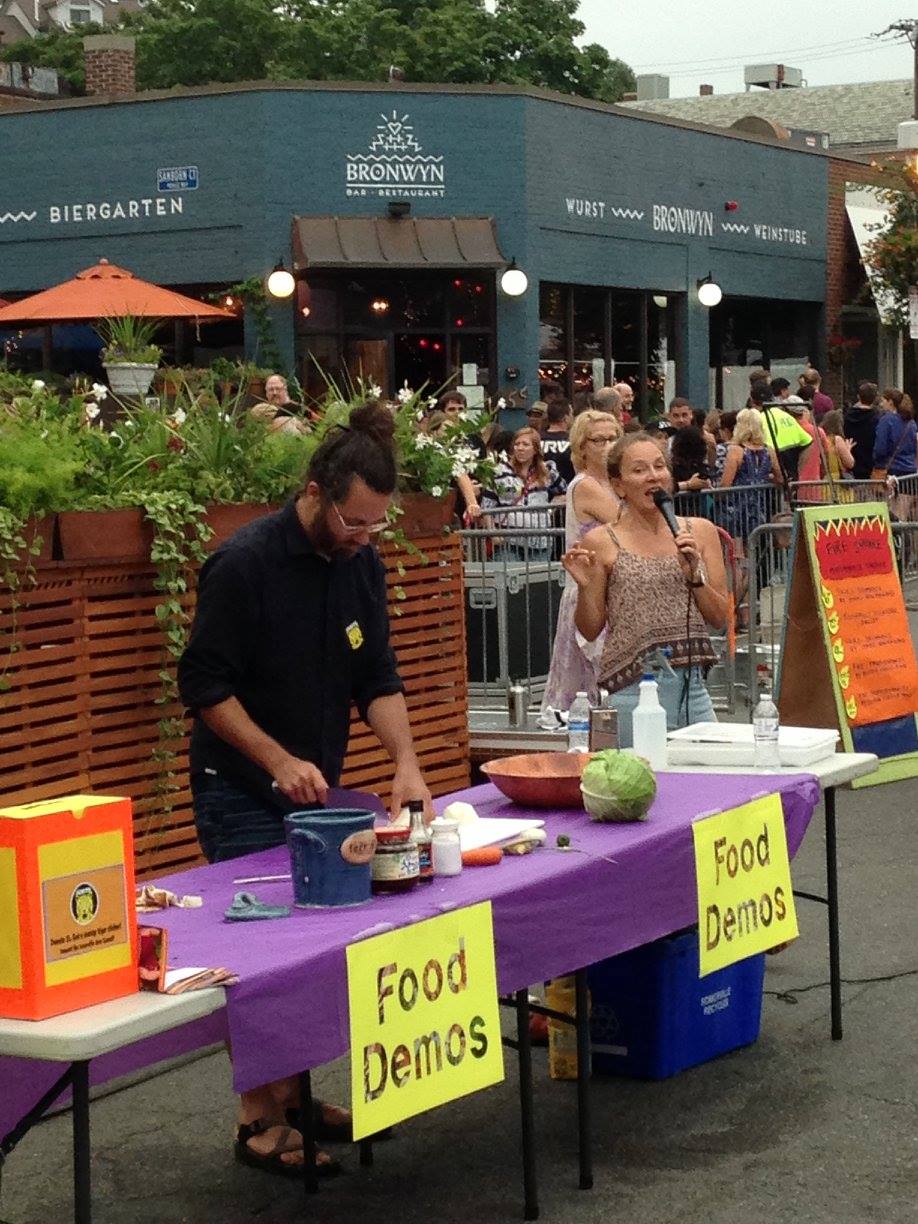