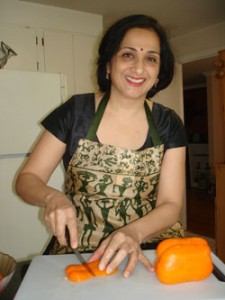 A native of Maharashtra, India, Madhuvanti Nene (she goes by “Madhu”) has lived in this country for the past eighteen years. In addition to cooking for her family, friends, and various social gatherings, Madhu has also a taught a series of Nibble Cooking Classes over the past few months, including a class on Diwali (an Indian festival of lights), a class on northern Indian cuisine, and a vegetarian cooking class. (Info. on her June 26 class here.) I the delicious opportunity to take one of her classes—and chatted with her later about her love for cooking and sharing her native Indian culture through food. —Kurt Prescott

Nibble: So how exactly did you get started cooking?

Madhu: I come from a family where all women are interested in cooking; so I wandered around the kitchen watching my mom and aunts and grandmother creating fabulous dishes. By the time I was in sixth grade I could cook an entire meal. I don’t know what it tasted like [laughs], but my family was very supportive. And then of course I had friends at school from different regions of India, and their style of cooking was very different from ours at home. Over time, I tried, liked and learned to make Gujarati, Punjabi, Bengali and South Indian food also. For example, I’d go to my friend’s house, like the dish her mom had made and go home and try it. Cooking is almost therapeutic for me… I like to feed people! 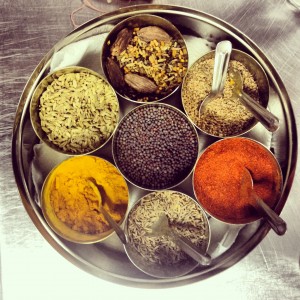 Nibble: In the past you’ve said there’s no such thing as “Indian Food,” given the massive differences in regional cuisines. Could elaborate a bit on the characteristics of foods in different parts of India?

Madhu: The styles, spices and ingredients can be widely different from the north to the south, from Bengal in the east to Maharashtra and Gujarat in the west. The north is where there’s a lot of Mughal influence. It is also colder, and they grow and eat more wheat – their meals are not complete without some kind of bread like rotis, naans, or parathas. Also, in the very north (as in Kashmir), they use dry fruit and nuts a lot – raisins, almonds, cashews.

In the south, it is very hot and a lot of rice is grown, so their meals are very rice intensive. They’ll have rassam (a lentil soup that is very spicy and thin) with rice, followed by sambhar (a thicker dahl) with rice, and ending up with yoghurt and rice. On the east coast (Bengal) – there’s fish – both fresh and salt water. My Bengali friends always have fish or some meat at every meal. 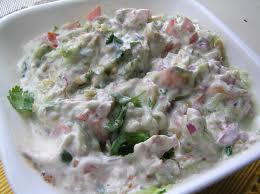 Nibble: What about the cuisine you grew up with in Maharashtra?

Madhu: I come from right in the middle of the country, and we’re up in the mountains – not on the coast. We eat both wheat and rice at every meal. There are always a couple of vegetable entrees – perhaps one with gravy and one that is more dry. We always have a dahl and a salad that we call koshimbir. In terms of looks and taste, it can range from tzatziki to salsa. It’s like a mix of onions, tomatoes – almost like a salsa. Many folks are purely vegetarian and many eat meat. Some have meat every day.

Take any dish or curry – with say, spinach or beans, as the main ingredient. As you go from north to south and from east to west in India, the cooking process, the spices, the presentation and even the oil used to cook with will change – resulting in a wide spectrum of dishes like a host of colors arising out of basic white light.

Nibble: Spices obviously play a very important role in your cooking. Could elaborate on their role within your meal preparation?

Madhu: In any given meal, I shoot for variety – in both look and feel and taste – and I use spices and the basic raw materials (meat and/or vegetables) to bring that about. As much as the taste matters, I like to make the food look different too. There has to be visual appeal. I try to make different curries (in a meal) with different spices so people actually feel and taste the difference. I’ll also try and make one spicy dish – if I have people or friends coming over. Some of them like very, very spicy food. Then again, I’ll have milder dishes to balance it off. I’ll try to avoid using the same vegetables in the different dishes. Even the way you cut the vegetables makes a difference, so I keep those things in mind too. I always try to throw in an unusual dish. It just adds appeal. The same old, same old can get boring. 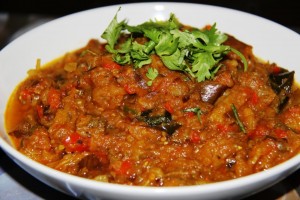 Nibble: For people who are less familiar with Indian food, what are some of the most common spices that you typically use?

Madhu: Cumin, turmeric, mustard seeds, and a blend of spices called garam masala. You use cardamom, cloves, cinnamon – those are the main three ingredients [in garam masala] – and then you can use any other depending on what dish you are making or whatever you like. Ginger and garlic are also used heavily.

Nibble: You had mentioned in the last cooking class that you make your own spices, so I was wondering if you could elaborate a bit more on that process?

Madhu: I think there is a lot to say when spices are ground fresh, even though you can get all these spices in the stores. Even simple things like roasting your own cumin and coriander seeds and then grinding them – makes a huge difference. Store-bought spices have usually been on the shelf for a while and tend to lose a little. The taste and the aroma of freshly ground spices will make a huge difference. So, I almost always will make my own mix of spices, just because they’re so much more aromatic and flavorful. And just a little pinch of that will just jazz up the dish.

Nibble: You offered a course on Diwali in the past. Are there any other Indian holidays that you would make for a good a good cooking class?

Madhu: There are several – almost one every month! I think many of these holidays have a lot to do with the seasons and weather. Diwali comes in the winter and you eat all 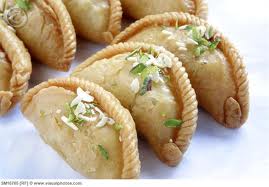 this heavy food because you need to stay warm [laughs]. There’s actually a holiday today called Holi, the Festival of Colors. This is a very big holiday in northern India. It can get hot at this time of the year and so people throw water balloons and splash colors on each other [for Holi]. Some people actually have these huge tubs pots full of colored water and dunk each other in it – perhaps the tradition evolved as a way of staying cool and have fun at the same time. But there’s lots of food associated with the holiday. There’s something called gujias, it’s like a sweet empanada. Where I come from, at Holi, we always make puran-poli. Poli is a chapati-like bread and puran is the stuffing inside. Puran is made from sweetened gram flour, cooked, mashed, mixed with jaggery (raw sugar) and spices like nutmeg and cardamom.

Nibble: You’ve lived in multiple parts of the world. How do you think that has influenced you own unique cooking style? 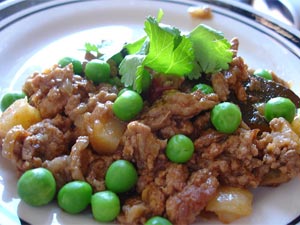 Madhu: A lot [laughs]. My first trip outside India was to the Middle East, where very little of what I needed was available. I was there briefly, but I still had to cook. I had to use canned vegetables a lot. That was my first introduction to canned vegetables and beans. So learning to survive in a different environment was the first lesson that I had from living abroad. But the places I lived after that had a lot to offer. For many years, I lived in Reading, near London, UK. London was actually fabulous for me because I saw many foods there (including some vegetables ) that I had never seen in India.

We traveled to Europe, Australia and New Zealand and the Far East and I lived in Hong Kong and Singapore for a while before we moved here. As a child, my husband lived in Ethiopia and then grew up in New Zealand. He loves Ethiopian food and I make something very similar to doro watt (chicken curry) and injera (their bread) for him. I often take something non-Indian and give it an Indian twist or vice-versa. For example, I have made pesto sauce with coriander or pasta with spices and people love it.

On the other hand, all the stir-frying that’s huge in Singapore and the Far East, is something I added into Indian cooking. It’s so quick. I had never seen a thing just cooked within seconds, because Indian cooking can take a while – even though I excel at making the shortest meals possible [laughs]. So watching and learning from different cultures was great. I make some very healthy wraps and stuff, and stuff them with different foods from other places – and my family and friends love it. So influence in cooking styles goes both ways between Indian and non-Indian cuisine.

Nibble: What would you say is the biggest challenge to cooking authentic Indian 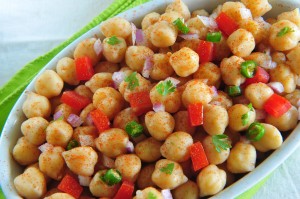 Madhu: There isn’t really one. Everything is now available here. Vegetables in India can taste a little different though and are often a little smaller, perhaps because of a lack of additives for growth. You can still make it all, though, because everything’s available here. So I don’t really face a “challenge-challenge.” My mom at home has an area where she sets up a charcoal grill and she will roast eggplants, etc for that special flavor. She can do it outside all year round and I can’t – in the winter. So there are a few minor differences.

Nibble: Do you have any favorite Indian restaurants in the area?

Madhu: The Kebab Factory in Cambridge and Masala Art in Needham, they’re nice. I also like Ritu Ki Rasoi in Burlington. It’s a small vegetarian place with great food.

Nibble: Do you have any advice that you would offer to aspiring cooks or people interested in attempting to cook Indian cuisine for themselves?

Madhu: Yeah, have fun! Experiment! You don’t have to stick wholeheartedly to a recipe. I mean, you stick with the basics of the recipe, but if you don’t have a few ingredients, try it with what you have. It’s not that hard, and it can be a lot of fun. Like I said, any dish is made differently in different parts of the country, so you can create your own version!

Madhu is teaching a vegetarian cooking class on Thursday, June 26. There is still space available but buy tickets soon as her classes tend to sell out. For details go her: Madhu’s Cooking Class: A Vegetarian Feast 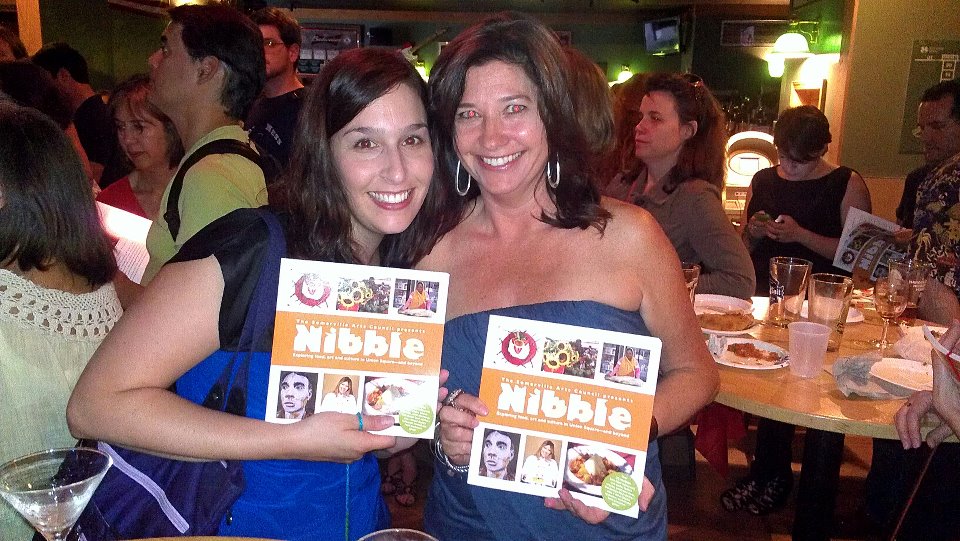 Get your party on (plus, the Nose Olympics) 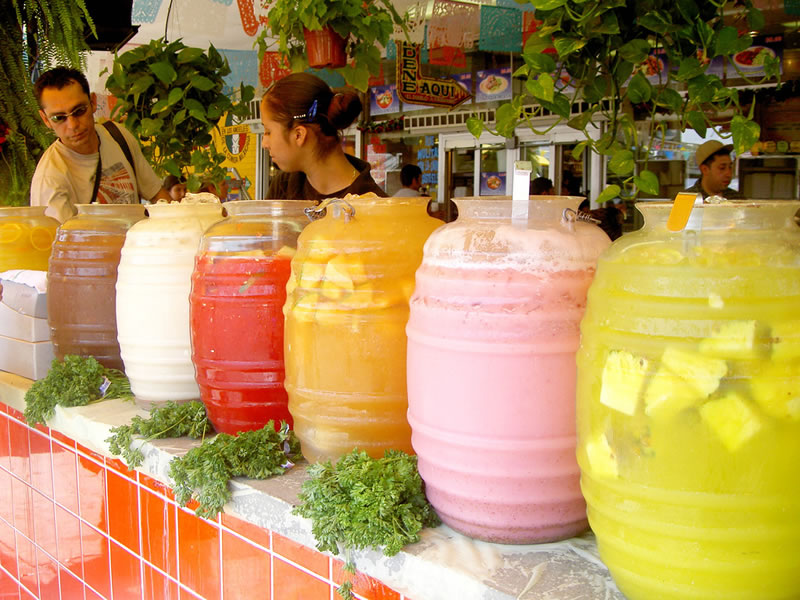 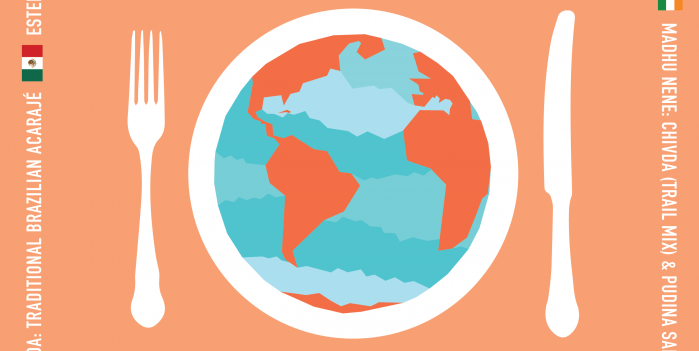