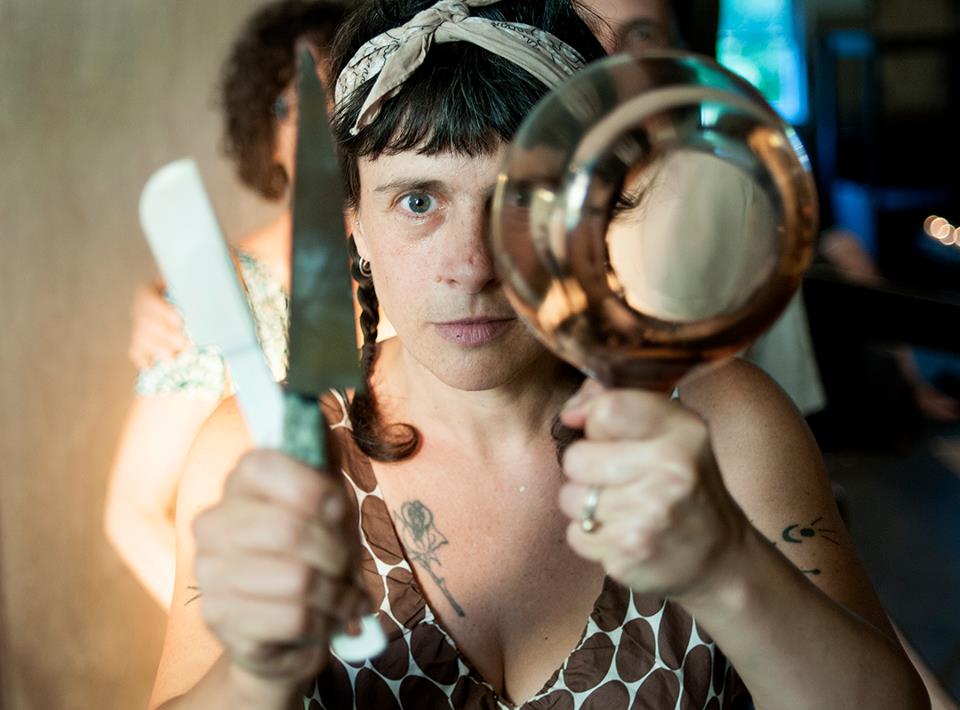 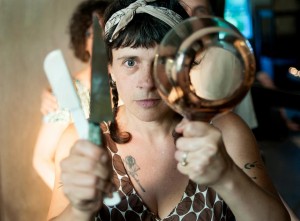 Union Square’s culinary incubator, Kitchen Inc., not only hosts Ocean Ave Pops, but also Cuisine en Locale, a locavore catering outfit. At the head of Cuisine en Locale’s army of cooks is JJ Gonson (photo on the left by Edis Jurcys), an amazingly energetic and passionate locavore cook (someone who tries to use all locally produced food), an entrepreneur, a photographer and a mom.

From West Coast Grunge to Union Square Locavorism
Back in 1990, JJ Gonson graduated from the School of the Museum of Fine Arts with a photography degree and a plan to teach photography. She then left to settle down in Portland, Oregon where she spent the next 10 years immersed in the music and food industries. This is where she became a devout locavore. “As Oregon is a pretty recent and isolated state, they never stopped from eating locally,” Gonson explains. “It is more expensive to import than grow your own food, the soil is really fertile there and not as contaminated as New England’s.” 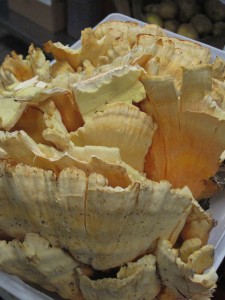 She learned to cook with seasonal, local food at the same time that she was photographing alternative rock bands, like Nirvana, or even managing some. Gonson spent most of her time touring and eventually landed a job as an executive for Virgin, managing Lenny Kravitz and the Rolling Stones among others. Then, after a few years of live on this glamorous yet grunge-y lifestyle, it was time for a new adventure.

ONCE Upon a Time
After returning to the Boston area, Gonson combined her knowledge of education, marketing and management to build Cuisine en Locale, much the same way she helped “build” bands in the past. Cuisine en Locale is a catering business, organizing food parties and cooking a weekly food share. “With my gypsy cooks—meaning they are pretty itinerant group—we perform food ‘acts’,” says Gonson. “These food acts are public or private events or once-a-week freshly made meals. Soon, we hope to start touring.” 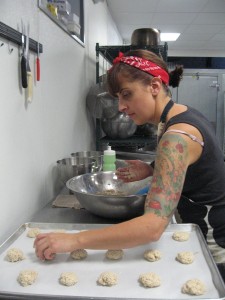 Day at the Farm, or Dia de los Muertos. Don’t miss the ONCE in Valhalla on Jan 25th should you want to feast on a 10-course Nordic meal with performers dressed the Aesir gods while being tended to by Valkyries.

Gonson’s ONCEs helped her dream up the “ONCE a Week” food share, an affordable program that makes local, organic catered meals. She started ONCE a Week in January 2011, delivering freshly cooked omnivore meals to clients in the Cambridge/Somerville/Boston area on a weekly basis. ONCE menus include dishes like stuffed fennel quails, beef cheeks ragout with sage pasta, zucchini potato pancakes, massaged kale salad and dessert numbers like sweet potato with marshmallow cream. Last winter, Cuisine en Locale moved to Kitchen Inc. and expanded its repertoire to include vege-vore meals, or “shares” as Gonson refers to them. This weekly meal catering biz now has reached 32 families with meal shares.

JJ’s Food Philosphy
When I went to visit to get some pictures of the Cuisine en Locale team in action, I was warmly welcomed by Heather Schmidt (in the photo above), who was busy preparing pear goat milk bread pudding. Meanwhile Ken Cmar  and Jay Hutchinson were dehydrating zucchini for some zucchini potato pancakes, Megan Guidarelli was chopping like crazy and Brian Sway was stuffing quails with fennel. All ingredients at hand are local, of course, tying in with what Gonson calls her “locavore triangle” of community, health and flavor. 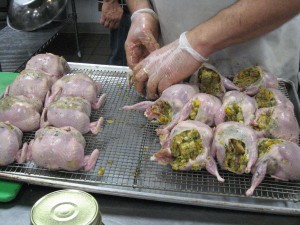 “I only cook with local, sustainable and organic food,” she says. And indeed, no olive oil or citruses—items not grown or produced in our area—are on the ingredients list. When it comes to community, Gonson strives to support small local businesses. “ I never buy at Whole Foods, because they are not based in Massachusetts—unlike Market Basket branches, which are,” she says. “I also get food from Sherman Market, the Harvest Coop, City Feed,” Gonson continues. “And we work with farmers like Stillman in Hardwick, MA, where we get our meat, eggs and storage goods like onions and our summer produce as well. We are also buying from farmers’ markets.”

New Eaterie coming to Davis: Kindred Spirits
In addition to Cuisine en Locale, the indefatigable JJ Gonson advocates for healthier meals at Cambridge schools and helps people start their own food businesses. And down the road, she’ll be catering for a new restaurant called Kindred, which will open in Davis Square next January, in the spot right between Johnny D’s and Taipei Tokyo cafe. An all-local cereal bar in the morning, Kindred will serve organic soups and salads at lunch time. Yum. With JJ Gonson cooking, you won’t even miss the olive oil. 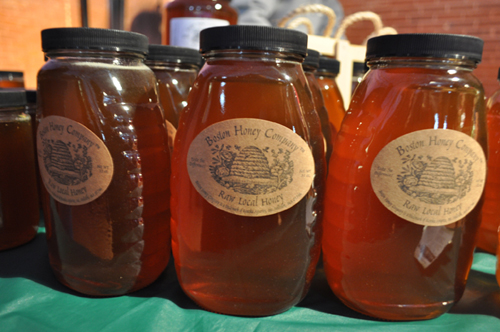 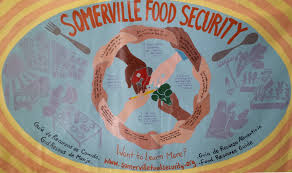 Eat with your neighbors… and enjoy your community for no cost! 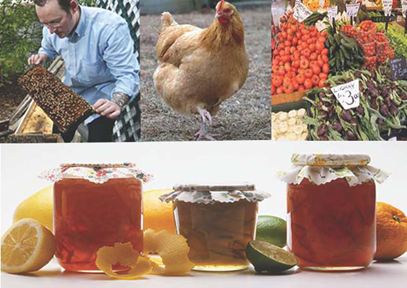 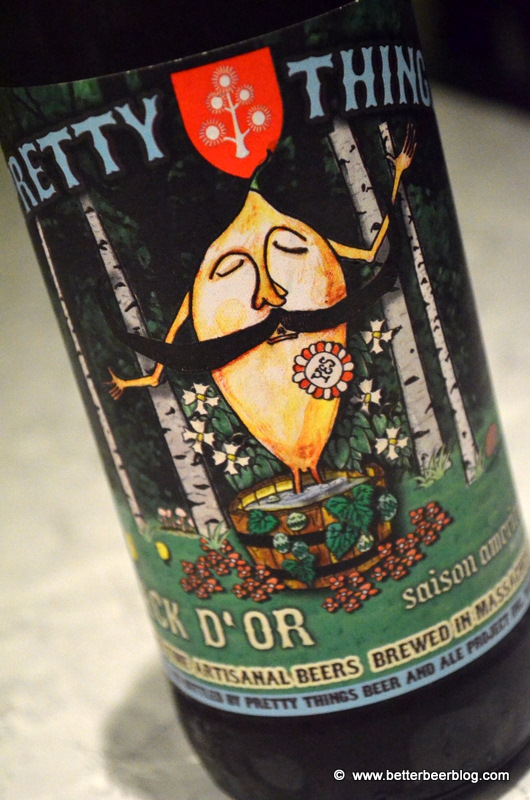